May 2018 – Improving the efficiency of offshore wind turbines

January 2015 – Mechanical addition to Gyromech machine tool spindle tester for protecting the instrument from damage when assembling to the machine tool.

On the 1st April this Super Puma Helicopter suffered a catastrophic failure of the main epicyclic gearbox while flying at 2,000 ft. All sixteen persons on board died. 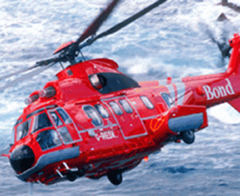 The Air Accident Investigation Board issued Safety Alert 2009-050 on the 10th April: “It is recommended that Eurocopter improve the gearbox monitoring and warning systems on the AS332L2 Helicopter so as to identify degradation and provide adequate alerts.”

Gyrometric Systems Ltd is looking into ways of helping with this problem, and provide warnings of bearing failure.

This website uses cookies to improve your experience while you navigate through the website. Out of these cookies, the cookies that are categorized as necessary are stored on your browser as they are essential for the working of basic functionalities of the website. We also use third-party cookies that help us analyze and understand how you use this website. These cookies will be stored in your browser only with your consent. You also have the option to opt-out of these cookies. But opting out of some of these cookies may have an effect on your browsing experience.
Necessary Always Enabled
Necessary cookies are absolutely essential for the website to function properly. This category only includes cookies that ensures basic functionalities and security features of the website. These cookies do not store any personal information.
Non-necessary
Any cookies that may not be particularly necessary for the website to function and is used specifically to collect user personal data via analytics, ads, other embedded contents are termed as non-necessary cookies. It is mandatory to procure user consent prior to running these cookies on your website.
SAVE & ACCEPT